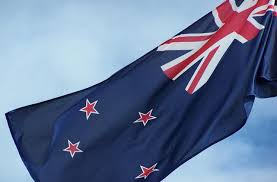 Businesses’ expectations on New Zealand’s economic outlook improved ahead of the 2019 Christmas break, according to a survey by the Wellington Regional Chambers of Commerce and Business Central.

“Overall, central New Zealand business expectations moved back into positive territory, with a net 3.8 per cent of respondents expecting the economy to be better in 12 months’ time. This is a pleasing rebound, following three consecutive quarters with negative results,” says Wellington Chamber and Business Central chief executive John Milford.
“Businesses’ confidence in their own prospects, as well as the regional economy, also improved over the quarter. However, like the national result, they are slightly still down from the same time last year.”
Expectations for the regional economy were net 21 per cent positive (-0.4 per cent in September), and for businesses’ own situation net 41.4 per cent positive (26.7 per cent).
The quarterly survey was sent to Wellington Regional Chambers of Commerce and Business Central members across central New Zealand – from Gisborne and New Plymouth down to Nelson during the first two weeks of December and received 395 responses.
“Like we have seen in surveys for some time, members are still facing staff shortages. Over 25 per cent of respondents state that they remain a barrier for them to do business,” says Milford.
“Finding skilled labour is a far greater concern than the other stand-out issues of compliance costs (14 per cent), and government leadership and policies (10 per cent).
“Just over half (52 per cent) of respondents also believe it is harder to find skilled and specialist staff than it was 12 months ago.
“In addition, concerns across the Wellington region’s economy remain strongly focused on having adequate infrastructure, with over 25 per cent of respondents identifying this issue as holding back regional growth.”
The Wellington Regional Chambers of Commerce & Business Central Business Confidence Survey was conducted over a 14-day period between 4 and 17 December.
The next survey will take place in March.