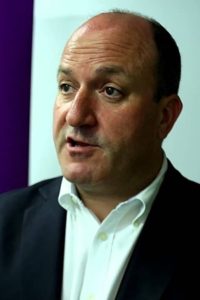 While the COVID-19 outbreak may have caught many businesses on the back foot, others have been somewhat prepared to meet the resulting challenges, a recent survey suggests.

“When asked if their organisation had contingency planning in place, 17 percent did not have any whatsoever [while] 21 percent believed they had excellent contingency,” John Milford from Wellington Chamber and Business Central says.

The survey, which ran from early to mid March included businesses in the central New Zealand, from Gisborne and New Plymouth to Nelson; it closed on March 22, the day prior to the Government’s ‘lockdown’ decision.

Unsurprisingly, the survey also reveals business confidence in the region has dropped to ‘record lows’.

“This is not unexpected given the current COVID-19 situation. Overall, central New Zealand business expectations dropped to record low levels, with a net 60 percent of respondents expecting the economy to be worse in 12 months’ time,” Mr Milford adds.

“Businesses’ confidence in their own prospects, as well as the regional economy, also dropped over the quarter. With net 13 percent and a net 45 percent of businesses saying thing will be worse for their business and region over the next 12 months respectively.”

Aside from direct impacts from COVID-19, businesses indicated that hesitancy among customers and clients as a result of the outbreak as the second highest barrier to doing business (14 percent), followed by difficulties in finding skilled labour (10 percent), which is usually the number one barrier, Mr Milford confirms.

More results from the survey are accessible via businesscentral.org.nz. The next survey is scheduled for May.