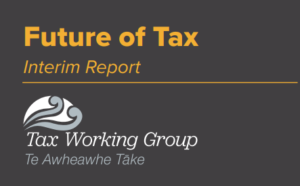 The Coalition Government today released its response to the recommendations of the independent Tax Working Group report.

The report found that on the whole New Zealand’s tax system was working well, but made a number of recommendations to improve fairness, balance and structure.

The Government is not adopting any of the recommendations on capital gains taxation and has agreed no further work is necessary on that aspect of the report.

“The final report covered all aspects of the tax system, and a number of the recommendations will now be considered for inclusion in the Government’s Tax Policy Work Programme,” Grant Robertson said.

“We intend to direct the Productivity Commission to include vacant land taxes within its inquiry into local government funding and financing,” Grant Robertson said.

“Officials have been directed to prioritise work on the TWG’s recommendations on ways to encourage investment in significant infrastructure projects and improve the integrity of the tax system to crack down on tax dodgers,” Stuart Nash said.

A refreshed tax policy work programme will be released mid-year.

The Coalition Government reiterated it will not introduce resource rentals for water or a fertiliser tax in this term of Parliament.

Other priorities for the Government this year include progressing legislation for research and development tax incentives; GST on low-value goods from offshore suppliers; a discussion document on a digital services tax, and further work to ensure multinationals pay their fair share of tax.