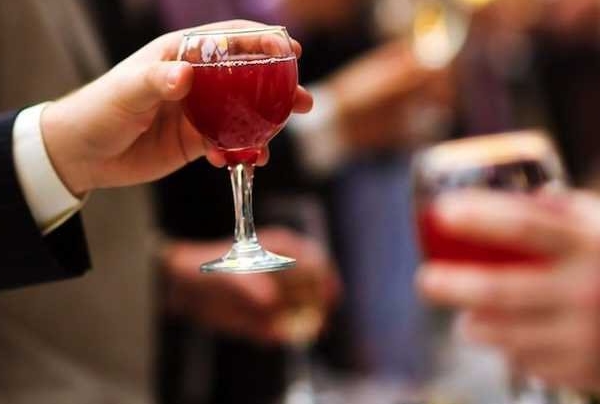 People do business with people and, even when they’re talking business, they’re not always talking ‘business’, as business blogger and columnist, JES MAGILL (webwriters.co.nz), reveals.

Although he can be funny, I reckon British broadcaster Jeremy Clarkson acts like an over-grown larrikin. I’m talking about his TV program Top Gear especially, where along with the less scally-waggish but still-up-for-laughs characters, James May and Richard Hammond, they race expensive or clapped out cars at various locations around the world, crash or blow up other cars – sometimes caravans too – all for ratings and entertainment.

I did enjoy his car review articles though that were published in the Sunday Star Times a while back because Clarkson can definitely spin as good a yarn as a wheelie. Not surprisingly, the format for his articles is unconventional. He launches into his story, on anything other than cars and stays with that until three quarters of the way through, then brings the story around to what he’s paid to write about.

Why? Because I love a good story, especially about people. We love to discover that human interest angle, what makes other people tick, how they live – basically, what spins their wheels.

When I started blogging for other business owners, I realised I’d have to blog for myself too. Crickey! What on earth would I write about, I wondered? So I took it back to basics, and asked what purpose blogs serve.

At their essence, they’re effective communication between business owner and customer. They strengthen relationships, inform and entertain too. Kind of like a fireside chat without the fireside. And taking it broader, successful communication is key to running a business successfully.

I’ve witnessed a couple of incidents lately where communication has gone badly wrong for a couple of businesses. They involve people ordering wine in gastro pubs and I’ve seen two customers so annoyed about being charged what they see are phenomenal prices for glasses of wine, they’ve really spat the dummy.

In one East Auckland bar a large glass of quality Central Otago Rosé cost one punter $23. Yes, it was a case of ‘buyer beware’. The customer didn’t check the price of the wine before ordering, and when he went to pay the bill at the counter and looked over the charges, he nearly had a heart attack. I do not jest – this guy already has a really bad heart.

The customer was apoplectic – like REALLY grumpy. He bellowed, “That’s ridiculous!” when the manager explained the charges. “You won’t see me back here!” he said in earshot of about 10 other customers. Not a good look.

I don’t spend all my time in bars, however, I was at another one, this one up north, a couple of months back and a similar thing happened. Another male mate walked up to the bar and asked for a ‘glass of red’. It might sound as though I’m launching into a joke, but I’m not.

I did think my mate was pretty relaxed, leaving it to the barman to choose his wine, but having just bought a nice (small) glass of chilled rosé, I left him to it and joined our group.

When our friend arrived at the table with a huge glass of pinot, he was very angry. “26 bucks for a glass of red! I wouldn’t even buy a bottle for that!” We commiserated, before one friend suggested he should have specified when he ordered, which of course he should have.

In both scenarios, I think the question of ethics comes in, plus good old common sense and customer service. If bar staff suspect that a customer might splutter at paying $26 for a glass of wine, something that might leave a bad taste on the palate, wouldn’t it be wise to check that out before pouring?

Surely that’s better than having grumpy customers swear they’ll never be back to your café, or having them vent on the local Facebook page about feeling duped by their neighbourhood bar?

Better communication is needed here, people. Surely café owners and hospitality staff want repeat business, the best type of business there is. Why annoy people and simply fuel potential negative word-of-mouth situations that could continue to damage a business long after the initial incident?

It might pay to check out potential similar hot spots in your business, whether any situations exist that could seriously annoy some customers, so much so that you lose their business. We all know how costly that is, and might just be enough to drive a few business owners to drink – now that would be a sobering thought.