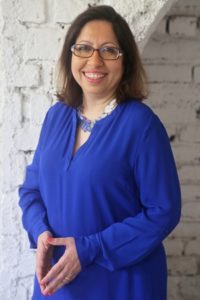 Imagine standing up at the podium at NASA’s Goddard Space Centre in Washington DC, USA, and lecturing to some of the world’s best brains on leadership, sustainability, conflict and peace?

Well, Aucklander Farida Master did just that this year and while admitting to some pre-nerves, this Indian-born Kiwi journalist has heaps of chutzpah and believes anything is possible

Her journey to Goddard began long before her visit there in August last year. It began in 2013 when she made a short trip to her homeland of India, never imagining it would culminate in a two-year project to research and write a biography followed by a whirlwind book tour of the USA which included the NASA experience.

She certainly never envisaged the highlight of that American trip – her address to Goddard Greenbelt’s civil servant workforce including scientists, engineers, academia, technicians and guests from federal and county agencies.

That experience stemmed from her unexpected connection with UK-based Zerbanoo Gifford – “a fearless woman who has held fast to the causes of equality and global justice despite all odds.”

The Indian-born, human rights activist was the first Asian woman to stand for parliament in Britain, and is founder of charitable organisation, the ASHA Centre.

After 30 years in journalism, Farida was searching for a fresh challenge when she met up with Gifford – a fellow Zoroastrian – on that fateful trip to India.

Both women are followers of one of the world’s oldest monotheistic religions and Farida says:

“I connected with Zerbanoo at a time of my life when I was freelancing. Initially we communicated by email but then decided to meet in India at the end of the year. Within 10 minutes of meeting we were talking about working on a biography.

“Zerbanoo invited me to London and suggested I should go straight there. A phone call to my husband and daughter (they always encourage me to follow my dreams) and I was off to stay with her for three and a half months, shadowing her and wading through her huge attic packed with archives of newspaper cuttings and letters. I didn’t even have time to return home for extra clothes!”

But, the 55-year-old didn’t need many outfits. She spent most of her time in that London attic doing research for the biography on Zebranoo.

Two years later, Zebranoo Gifford’s incredible drive, her many challenges and the success of ASHA, a unique leadership centre she founded for youth in the Forest of Dean in England, was all detailed in Farida’s book, Zebranoo Gifford – An Uncensored Life.

It was published in December 2015 by HarperCollins and launched at the Times LitFest in India before being introduced here in New Zealand.

“Writing a biography is an obsessive experience – you think constantly about that person and really try to get into the recesses of their mind and soul,” Farida says.

“It’s almost as if you are possessed by a subject and stop living your own life because 24/7 you are thinking of the different nuances of their life, trying to understand the deep psyche, the intricacies of their inter-personal relationships, what drives them, and why they did certain things or reacted in a particular manner – all in a non-judgmental way.”

The biography was so successful it was the catalyst for Master’s and Gifford’s book tour of the US which was lauded wherever they went – it even gained a significant mention in the prestigious magazine, Harper’s Bazaar as well at the India Times of New York.

“Thousands of books are published every day so we decided it was important to be proactive and take the message of the book to a very diverse audience,” Farida explains. “It gave us an opportunity to reach out to hundreds of people and work at grassroots level….to take a page out of Zerbanoo’s biography: ‘You can achieve anything, nothing is impossible’.”

And, the success of the ambitious tour went way beyond the women’s expectations.

“We spoke to a hugely diverse section of people – from Turkish women at the Turquoise Centre in Houston, to the Open New York Centre in Manhattan, a motley gathering of race relations and a women’s group at George Washington University, the Argentinean Tango group and groups of Indian women in Philadelphia, book clubs in New Jersey and several Zoroastrian Associations,” Farida says.

“Our book was also celebrated by society hostess and humanitarian Meera Gandhi at her historic home which once belonged to first lady Eleanor Roosevelt. It was a who’s who of influential people who turned up in full regalia. This was the New York event covered by Harper’s Bazaar.”

Other highlights included being interviewed by American leadership coach and author, Leslie Grossman, at the New York Open Centre, lunch at the UN headquarters in New York, with UN representative Janet Salazar and also at NASA with an associate director for earth sciences, Dr Dorothy Zucker and several heads of departments.

But, for both women the lecture at Goddard, in the world’s oldest and largest space centre, NASA, was especially memorable – “We had to pinch ourselves when we saw the electronic signboards at NASA announcing our event.”

Invited to speak at Goddard as part of the leadership colloquia series, of which the general focus was NASA’s organisational values and the role values play in leadership authenticity and courage and having transformational conversation that implements organisational and cultural change.

Farida says the feedback was amazing.

“There were so many questions asked and everyone had something to share. To think that at one time I had wondered what conversations we would have with the best brains in the world. And, yet, we all found a special connection and conversations just flowed.”

So, what’s next for Farida? For now, she’s enjoying her job as a journalist for Times Newspapers in Auckland and says she will always write.

“But I don’t believe in saying ‘no’ to any opportunity so if there are other biographies to be written I’d like to be involved with some.”

And, like the subjects of her books, I’m picking Farida will always be standing up for others of different cultures and beliefs, promoting leadership among the young and celebrating shared humanity.