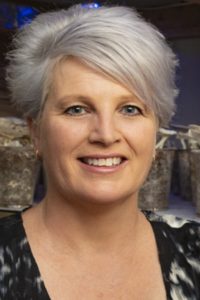 On the face of it, jetting off to Japan, Vietnam or Korea to market a school to international students sounds like a dream job. But with it comes the responsibility of being on call 24/7 as the acting guardian to the students once they have arrived at school.

“It was great but it was a very stressful job,” says Jodine Parkinson,  former international director at Auckland’s Pukekohe High School. “The time came for a lifestyle change.”

But her new career is far removed from that high-powered environment. In fact, you could say she’s cultivating a more down to earth way of earning a living in her own backyard. In October, Jodine launched Mumma’s Mushrooms, a micro oyster mushroom farm, from her suburban home. Although still in its early days of production, signs are that her switch from the corporate to horticultural sector is going to reap dividends.

She bought everything she needed to start production from a mushroom grower who was looking to sell.

“I was browsing businesses for sale on Trade Me and [the opportunity] popped up. I thought, ‘that’s something different!’ When my mum heard I was going to grow mushrooms she said ‘maybe you did get my green thumbs’. I do like gardening and we have a veggie garden and chickens out the back but it’s just what I call pottering. It’s like Old MacDonald’s farm here!

“My mum used to grow orchids for the international market and Dad farmed deer for venison so I think this enterprise is in my make-up, it’s just taken me a little while to get there.”

Jodine is confident oyster mushrooms will continue to grow in popularity and says they are the most versatile of the mushroom family.

“Oyster mushrooms keep their shape when cooked so you can fry them on both sides and they’ll go crunchy like bacon. They have fibre, like meat, and have been called vegan bacon,” she says. “They are healthy, have fantastic mineral content and are a great food to be eating a lot of. With all the plant-based foods that are coming on to the market, it seemed a good business to get into.”

The business came with a converted 20 foot shipping container, which is set up with two growing rooms and now stands in Jodine’s front garden disguised with decorative timber cladding. Her husband’s former man shed has been taken over to serve as a sterile area where Jodine mixes the substrate in which the mushroom spawn is planted.

Mumma’s Mushroom farm is now producing a crop of between 1.5-3 kilogrammes per day with the potential to increase to at least double that amount. Jodine has no trouble selling her crop through online as well as supplying delicious fungi to friends, family and neighbours.

“We love mushrooms and are discovering lots of new ways to use them,” she says. “Oyster mushrooms go especially well with fish, chicken, lamb and pork, and can be used in soups, pasta, risotto, casseroles, stir-fries, tarts, pies, terrines, slow cooks and more.

“One of my favourite ways of enjoying them is to simply sauté them in garlic and butter and enjoy them on their own with some good bread.”