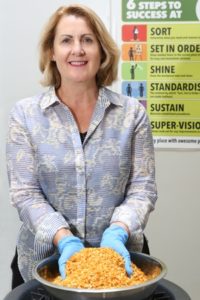 ‘Sustainability’ has become somewhat of a ‘buzz word’ of late but at least one rural Auckland business has been doing its best to make the most of the produce at hand.

With moves to make deeper inroads into the profitable Chinese market on the cards, the company expects to draw even more Kiwi grassroots, DryNZ’s managing director, Anne Gibson explains:

“We believe there is a high level of demand for our products in China. Our sachets of Pure New Zealand Drinking Fruits are convenient and can be used as an added flavouring to almost anything,” she says.

“In particular, it suits congee [Chinese rice porridge], which is one of the most popular breakfasts in China. Pure New Zealand Drinking Fruits feature Manuka honey and dried, New Zealand-grown fruit. Nothing else is added. We’re sure they’ll prove a hit.”

Although the coronavirus outbreak has stalled intentions to begin supplying these sachets direct to consumers (who will order online), Ann says the delay has been beneficial, to some degree, ensuring the company is well prepared.

In recent years, ‘sustainability’ and ‘added value’ have become watchwords as New Zealand’s primary sector is urged by government to think outside the box, ensuring our horticultural future remains tenable. By making optimum use of produce, DryNZ seems to be singing in tune with this broadening chorus.

“That’s exactly what we’re doing; it’s the company’s ethos,” Ann confirms. “We don’t need to take the most beautiful-looking fruit and vegetables; we can make use of fruit and vegetables which wouldn’t be so likely to sell in supermarkets, and might otherwise go to waste.”

In addition to sourcing fruit and vegetables from as close to the business’s base in rural southern Auckland as possible, supplying consumers directly (as well as through other manufacturers), is helping this company increase its profit margin while reducing the size of its carbon footprint.

“At the moment, 80 percent of our dried product goes to manufacturers, with 20 percent direct to consumers. But, once our Pure New Zealand Drinking Fruit initiative goes ahead, I suspect these figures will be reversed. By selling more direct, we can definitely reduce our carbon footprint even further.”

Whether drying fruit for its new drinking fruits and providing fruits for the popular Ti Ora tea range, DryNZ seeks to retain as much of the nutrients and flavour from the raw produce as possible. And, this local business hopes to make the most of (practically) its only by-product in the near future too.

“There is always some loss of nutrients and flavour but, thanks to our [vacuum drying] method, which extracts water at a very gentle rate, we’re able to keep such losses at an absolute minimum,” Ann says. “All we do is remove the water. So, after the drying process, we have very little left over, aside from juice, which tastes beautiful!” Anne says. “We are hopeful we can have [the juice] ready for market within a year or so. Aside from that, we’re working on recycling the water we use for cleaning produce as well.”

Due to the popularity of DryNZ’s products, and imminent steps to grow its Chinese market share, a third industrial-grade dryer has been commissioned and estimated to be up and running within nine months – due to its quality and capacity, Ann expects the company will increase its overall output (roughly) seven times.

However, as the world market for portable, sustainable dried fruit and vegetable products grows, DryNZ may need to expand again soon enough. China may be the next market this business is seeking to conquer, but the lucrative US market also beckons.

“I’d say that, within another couple of years, we would need another dryer as well,” Ann adds. “Worldwide, the market is huge, potentially in the billions! As it stands, we’d only service less than one percent of the international market but as long as demand keeps growing, so will we!” 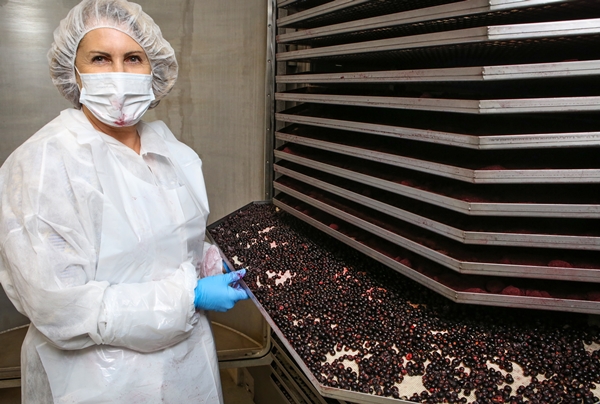