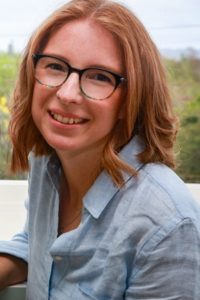 Most little girls love dolls – they revel in dressing and undressing them, ‘feeding’ them, putting them to bed and, most of all brushing their hair. Unfortunately, not all little dolls stand up to the task.

So, when four-year-old Jemima Briscoe’s nurturing instincts started to emerge and dolls became a passion, her mum, Rachel was soon set on a path to find a doll made from quality materials and had long, lush hair which didn’t frizz with the first touch of a brush.

“Jemima had some birthday money she wanted to spend on a doll she had seen locally,” the Auckland mother explains. “I wasn’t happy with the quality and decided I would add to her purse so she could buy a doll, one which would withstand the rigorous play of a pre-schooler and not collapse within a few months. Despite looking long and hard I just couldn’t find what I wanted in New Zealand.

“Mattel [USA firm] came closest but didn’t ship to here and although I did find one in Australia I continued the search in New Zealand. Then I starting thinking, ‘I like dolls, I can design one of these and have it made.’ I especially wanted to create a robust doll suitable for daily play but which would go the distance, endure into adulthood and then be passed down. For example I still have dolls from my childhood as does my mother and we cherish them.”

While there was plenty of research to be done, coming up with a name for her doll range was easy.

“I called them Pearl Dolls because my middle name is Margaret which means ‘pearl’; it is also my mother and my grandmother’s name so the word ‘pearl’ brings a sense of longevity and family to the brand which I hope suggests these dolls can be a generational.

“Dolls are a great way for children to role play, use their imagination and learn nurturing skills so, I wanted my dolls to be as realistic as possible. I also believe that by playing with dolls of a different skin colour, children can learn to relate to real people of different skin colours which is why one is brown-skinned.”

Setting out confidently on her design and make journey Rachel decided on three dolls, about 18 inches tall with vinyl legs, arms and head but a soft cuddly torso. The eyes open and shut but the major priority was to have wigged not rooted hair,

“When the hair is rooted each hole tends to show especially when the hair is styled. Wigged hair avoids this and by choosing a top quality fibre, frizzing is also avoided,” Rachel explains.

After ‘a tonne of research’ as well as talking to friends and to their children, Rachel came up with three initial dolls, one with brunette hair and blue eyes, one with black hair and brown eyes and the third a green-eyed redhead.

“I had intended to include a blonde but at the time of sample making, the blonde fibre was in short supply. Fortunately, the redhead alternative has been a big hit although in time I will introduce a blonde, after all they are supposed to have more fun!”

The first prototypes didn’t go to plan either – “the skin colours were just not right, terrible in fact, so I started over.”

Although some 89% of the world’s dolls are manufactured in China, as are Rachel’s, she didn’t want her dolls made on a standard production line.

“Finding the right manufacturer was a steep learning curve but I’m delighted with the outcome. Most of the doll is handcrafted,” she says. “The wigs are handmade, the finger nails and toenails are hand painted and the facial moulds are hand cast. Each doll comes dressed in our signature outfit, a white spotted navy blue skirt and white tee with pearl detail on the neckline plus navy patent shoes.

“In addition, two more outfits can be purchased – a peach-coloured ribbon and lace party frock which comes with gold shoes and the picnic outfit of a gingham blouse with denim shorts and white sandals. The ability to swap around the clothes is a definite draw card, and of course, clever sewers can add to a doll’s wardrobe.”

Rachel says she has received nothing but positive feedback from mums and pre-sales have gone extremely well – the dolls being priced at $149 each.

“I’m not seeking stockists just yet. Initially I will sell online and believe purchasers will see the value. I’m looking to build the brand then I’ll decide where to next. In the meantime, all talk at the moment is about little girls and their dolls!” 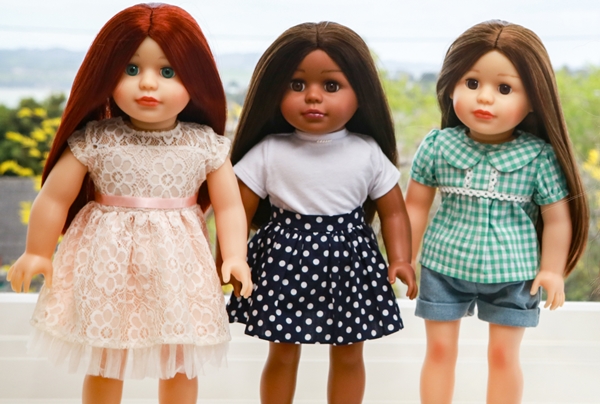