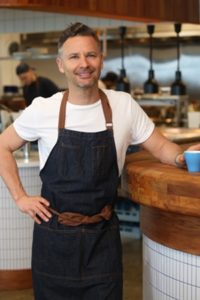 While the excellence of his top flight Auckland restaurant, Masu, is rarely disputed, it seems Nic Watt is a beggar for punishment. After opening another Auckland eatery (Inca – in Newmarket) recently, he has also brought the magical Akakana Eatery to the city’s waterfront.

This acclaimed chef, who took his first steps in the hospitality industry as a waiter at Half Moon Bay, can’t get enough of the sea. He grew up sailing and fishing the Hauraki Gulf and remains an ardent boatie. Now, he has embraced the opportunity to head the new Akarana Eatery, which truly enjoys ‘the sea for breakfast’.

“Given our proximity to the sea it was a given that the menu would be predominantly seafood and the decision seems to be the right one,” Nic says. “After opening for just a couple of nights we found about 95 percent of diners asked for seafood dishes even though we have options for meat lovers such as the individual lamb shank pie.

“When designing the menu we first considered all the seafood variants – raw, cured and cooked – then engineered requirements to accommodate meat protein subsequently all entrees are a complete meals with mains comprising a key protein with the option to order sides.”

Located on the site of Akarana Yacht Club’s new home, within the newly built, architecturally impressive, Hyundai Marine Sports Centre, it sits cheek to cheek with the ocean – a wall of glass, affords arguably the most magnificent restaurant sea views in Auckland.

For those who want fine food, a sunny, north-facing, indoor/outdoor environment – taking advantage of the views – and a generous deck (plus grassed area still being developed) then this will surely become a dining Mecca.

Furthermore, the crisp white and blue décor, whilst refreshingly simple, is not short on character – original floorboards and joists from the former yacht club building, have been rejuvenated and cleverly used to accentuate seating and the bar – a warm contrast to lighter, airier elements hinting at the nautical.

With the eatery designed as a relaxed destination, perfect for sun-drenched Auckland days, it is a destination to be enjoyed with family, friends and guests; international visitors are sure to be impressed, too. 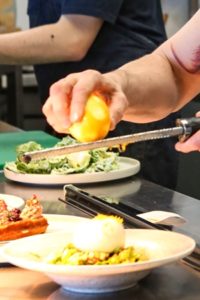 Creating a fusion menu, which brings a Japanese mood to bear on European cuisine, Nic is serving up a twist to every dish. His personal favourite is the Kaipara Harbour yellow belly flounder meunier (lightly browned butter with lemon juice) served with cherry tomato and pimento de la vera (smoked paprika finely ground).

“My aim is that every dish is standalone, packed with flavour and focused on enhancing the natural essence of the hero ingredient,” he says. “People today tend to want simple, interesting food but really good quality food. We aim to bring both together on a plate ensuring the hero ingredient is pronounced.”

“Kiwi palates are really quite intrepid. In fact, as ardent travellers New Zealanders are intrepid by nature and this is reflected in their ability and willingness to try new flavours. This then allows our chefs to explore more ways to be creative.”

With head chef Kei Sazuki taking charge of the Akarana kitchen on a daily basis, Nic is free to oversee his other venues but what about the pressures of working three sites not to mention moving on from the difficult time when his True Food and Yoga venture wasn’t the success expected. But it seems nothing can repress his culinary spirit.

“It’s not so difficult working the different sites although right now the hours are long – I’ve just done 18 days on the trot and until Inca opens in a week or two, I guess things won’t change a lot.,” he says.

“But I ran five restaurants when working in London a few years back and now, being free of actual head chef duties, gives rein to my creativity. I can go from kitchen to kitchen where my role is to constantly inspire each team and help chefs to develop their own creativity. I love having the balance between running the business side of the restaurants and cooking.”

Of course, with Inca being situated on the rooftop of the new Westfield Newmarket complex you might say Nic is on a high. And, yes, while there will be a greater meat focus once again the menu will be influenced by Nic’s love of Japanese cuisine. He says about 1000 Japanese immigrants arrived in Peru during the 1860s and, over the ensuing decade, ‘nikkei’ (meaning living abroad) cuisine was developed.

“Peru is such a cultural melting pot so it is exciting to bring the meld of South American and Japanese cookery developed there, to our kitchen here.”

After living overseas for 19 years – and having cooked for celebrities such as Madonna, Russell Crowe, Scarlett Johansson, Brad Pitt and Angelina Jolie, and even for Queen Elizabeth (in New Zealand) – has he any aspirations to head back to Europe or even Japan?

“Definitely not,” he says emphatically. “I came back to New Zealand to live the Kiwi lifestyle and I’m doing exactly that.” 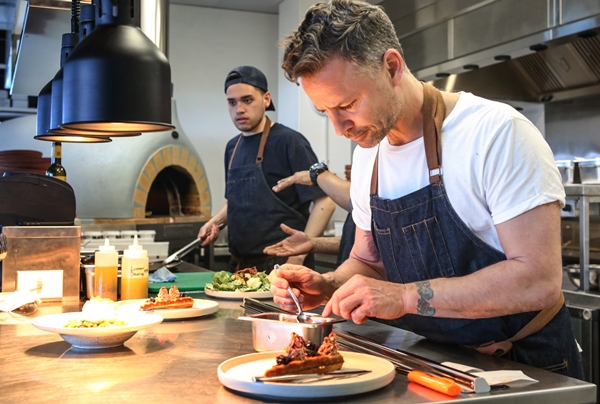