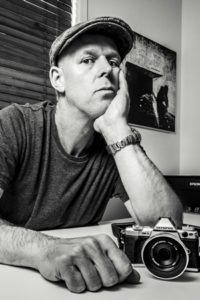 When you cast out your line you can never really be sure what you’ll catch. For one Aucklander it was a passion for photography that has since seen him capture many intriguing subjects.

As I’m interviewing Paul Smith, he asks me a simple question: “What do you like about my photos?” I tell him I’m a journalist so it’s my job to ask the questions. He laughs but it’s clear my attempted deflection isn’t sufficient. I mumble something about how they show he has a great eye. It’s still not a good answer but it’s the best I can come up with on the spot. Thankfully, this keen fisherman then lets me off the hook.

Originally from the Midlands in the UK, Paul settled in Pukekohe, South Auckland approximately 30 years ago. A cabinet maker by trade, he dabbled in making videos.

“I started off with video, recording home movies to send back to family in England. I even had a small business making videos for a while,” he explains. “I’ve always had a good eye. Back when I was making wedding videos, I would do still frames to present and found I was good at catching particular moments.”

However, it wasn’t until reasonably recently that he threw himself into photography hook, line and sinker.

“I’ve only really being doing still photography for about five years. A friend of mine was taking photos for a fishing magazine and I thought I’d give it a go myself. When I bought my first decent camera, I fell in love with it,” Paul says.

“I had a furniture-making business for about 17 years, which I sold in March last year. After sucking in dust for 20 years, I just wanted to pursue photography. Over the past 12 months I’ve been trying to work out just where I want to go with it.”

So far photography has taken Paul to all corners of Auckland as well on trips abroad. Whether photographing people or places, he appears to have a knack for depicting personalities which run deeper than surface appeal.

“It doesn’t matter where you are, you should focus on your surroundings. You need to look for the beauty in things wherever you are,” he says. “When I’m shooting a portrait, I want to show the real person, as I see them, and it’s the same for a landscape. It’s all about looking for emotion, for gesture. I read somewhere that: ‘You should like a photograph not for what you see but how it makes you feel.’ Photography’s not about all the technical stuff.”

Of course, understanding the ‘technical stuff’ is useful when honing any craft. Diving headlong into photography, Paul became motivated to learn as much as possible, inspired by the work of such greats as Robert Frank and William Eggleston.

“I’m doing a correspondence course – which is really just to justify to myself that my work is valid,” he laughs. “But I’m pretty much self-taught. To become a photographer in the ‘70s, for example, you had to do an apprenticeship. Computers, digital cameras and digital enhancement have made it easier these days but they don’t make you a better photographer.”

Far from becoming a lost art, film photography is resurgent in popularity, Paul believes. “Film is tangible, physical. You might shoot a whole roll and not find out how you mucked up until three days later! It slows it all down so you have to learn to better understand the process,” he explains.

“It doesn’t really make much sense to shoot with film, to be fair, because if you want that look you can achieve it with digital. But there is a groundswell movement with a lot of younger people getting into it. It’s like playing a vinyl record, for some reason it just gives off a different vibe. You have to be in the right mood to take a photograph so anything that helps put you in that zone is valuable.”

Whether in digital or on film, in vibrant (almost living) colour, or in black and white, Paul’s pictures (to me) seem to scream ‘right place, right time, right method’.

“When you’re shooting in black and white you have to think about the picture in a totally different way. I can be more artistic with it because I can simplify; get rid of clutter. It allows a direct feed to the emotion behind the picture, uncomplicated by colour.”

Anyone can take a good photograph… if they’re lucky. A modern camera increases the chances of success, particularly when held in practiced hands, but what makes an image successful in an artistic sense? It seems technology can’t replicate a selective eye and inquiring heart.

Many of Paul’s photos depict places I’ve often viewed but never really seen. Maybe that’s the real reason I’m so taken with his work – it’s not so much about the ‘what’ or even the ‘why’; it’s simply (if inexplicably) down to the simple fact that they challenge us to feel.

As a parting ‘shot’, I ask Paul if he has a particular favourite from all the images he’s taken. He pauses then replies succinctly: “That’s easy. It was the last one!”

I have a feeling that since we last spoke his shutter has closed on plenty more ‘favourites’. 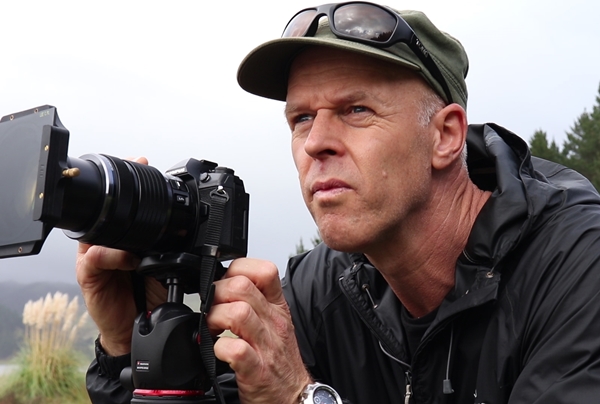