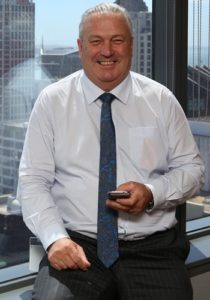 Councils everywhere can always use a little more cash. However, following the recent local body elections, does Auckland now have more Cashmore than even a SuperCity can handle?

I first met Franklin Ward Councillor, Bill Cashmore, early last year when I mistakenly stopped at his place in Orere, eastern Auckland. I had arranged to interview his son, Rob, who lives next door. During a brief exchange I complimented him on his beautiful villa. He said:

It’s this straight-forward, pragmatic, no bull approach which has endeared Auckland’s new deputy mayor to many. It may be early days, but Bill is confident that he and Phil Goff can work well together in handling the helm of the SuperCity.

“We’re getting on pretty well. Phil’s held a broad range of portfolios and has massive experience in Parliament. Council’s different to central government, but he’s working hard at getting to grips with it, and part of my role is to help him do that,” he says.

“Someone made a crack about Auckland now having ‘stale white bread, two old guys.’ Well, for one, we’re not that old; two, we’re not stale; and, three, I’m not going to apologise for being a man.”

Despite being a stalwart member of the National Party, Bill believes that a bipartisan approach is often required in local politics.

“We both Phil have social consciences about doing the right thing for our fellow man,” he says. “You bring your views, opinions and experiences to the job, but you need to leave politics at the door – in a manner of speaking – and just get on with the job, with issue-by-issue decision-making.”

Particularly since being named deputy mayor, Bill has been ‘mind-blowingly busy’, often working more than 12 hours a day. These days, his son Rob keeps a keen eye on the family farm.

“This is the first day off I’ve had in weeks. Over winter, I didn’t see the farm in daylight for months. Some days I do wish I was back sheering sheep, but I like a challenge and as [being deputy mayor] is probably the biggest challenge of my life, I’m going to give it everything I’ve got.”

I ask whether he finds it just as tough to herd councillors as livestock.

“They’re different animals, of course. While I can always put sheep on the back of a truck and send them to the works, I can’t do that with elected officials,” he quips as his wife (Lynnette) laughs in the background.

“It’s a different game but, seriously the same principles – pragmatism, employing common sense and being prepared to get stuck into hard work – are required for both.”

Beginning with election to the Clevedon Community Board, Bill has more than 25 years of public service to his name.  Following various roles with the Auckland Regional Council, he served as a Federated Farmers executive and a representative to the Animal Health Board. And, when Auckland’s councils merged in 2010, his hat was soon back in the local body ring.

“I was concerned that all the money would be spent on the central city. Fortunately, that hasn’t happened. [Since amalgamation] we’ve seen the foundations laid, setting in place the overarching plans and policies. It’s not perfect, but we’ve seen more done for this city in the last six years than we’ve seen in the previous 20.”

At the last elections, Bill ran unopposed in a bid to regain his role as Franklin Ward Councillor. I suggest this was because the beggars dared not to take him on.

“I’m not the kind of person people need to be afraid of,” he answers, with a cheeky grin. ”I thought I would be challenged but wasn’t surprised to run unopposed. I was humbled by it. I like campaigning because it’s a good way to remove all B.S, but I’m straight up and down so I’ve been doing that for the last three years anyway.”

Asked if he has any ambitions to go one better and contest the mayoralty next time, Bill doesn’t hesitate – does he ever?

“No. That would be the worst job and I have no aspiration to do it.”

Bill laughs. “I’m 59 now and I don’t want to work forever,” he confirms. “But I suppose the main reason is that my wife would kill me!”

Auckland Deputy Mayor, Bill Cashmore, is confident Auckland’s growing pains will be overcome. Since the unification of councils in 2010, Council has been picking up the pace.

“The SuperCity model was developed because we had those legacy councils squabbling amongst themselves and limited co-ordinated planning. The ARC (Auckland Regional Council) said ‘you can’t build out’, while [other councils] said ‘you can’t go up either.’

“That’s caused a housing shortage and a 25 year underinvestment in infrastructure; to add that, we’ve seen an increase in immigration. We’re working through everything pretty quickly now, but it’s going to take time to get on the front foot.”

While building activity in Auckland is at record levels, he says an extra 40,000 homes (approximately) are required to keep pace with demand.  With thousands of new residents intent on making themselves at home in Auckland, could transport nightmares worsen?

“While some of this work [on transport] is down to Council, a lot (such as Kiwirail, and the motorway network) is down to the Government. This is what the Auckland Transport Alignment Project is all about. We know what we need, now we’re setting those plans in motion,” he says.

“Improvements all depend on the Crown’s ability to help us through funding challenges. We want them to fully understand Auckland’s situation – which they do, pretty well. If council works smartly and collaboratively within itself and with the Crown, we can really ramp up the build.”