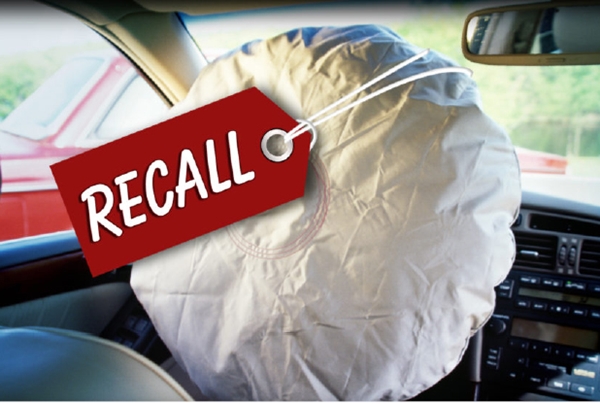 ‘They should recall Judith Collins,’ a social media wag by the name of ‘Rod Long’ opines, ‘She’s been an airbag for 15 years!’

Fifteen years might not be a long time in politics but more than two years driving a car with a safety feature that could have (ironically) killed us was more than enough for me.

Recently, Kris Faafoi (Minister of Commerce and Consumer Affairs) joined the chorus of dissatisfaction regarding the progress of airbag recalls. “As at the end of May, there were 53,013 vehicles in New Zealand which still had the most dangerous Alpha airbags.

That’s 53,013 families and whanau travelling in cars with airbags which are at risk of exploding and sending fragments throughout the vehicle. Since the recall was implemented at the end of May over 22,000 vehicles have been remedied,” he says.

A further 306,029 (from 490,004) vehicles with Takata airbags are also yet to be replaced, Mr Faafoi adds.
The Minister’s comments prompted me to recall my own recall experience from 2016-17. After discovering my partner’s car might be affected, I contacted Mazda. The company confirmed we would be advised as soon as possible.

During the next nine months, the All Blacks lost, ‘we’ won the America’s Cup, a Prime Minister resigned and (so it turns out) my partner – pregnant for part of this time – was driving a car with a potentially fatal flaw. Then, we finally received our recall letter. I emailed Mazda asking why this took so long to process.

The company’s GM of sales and marketing, Glenn Harris – it’s amazing how quick we journalists are kicked upstairs! – responded:

“With respect to your case, while we were recalling similar vehicles to your own in late 2016; this was specific to a range within a prescribed VIN range which did not include your vehicle at that time… We are working to resolve this matter as soon as information is provided to us. However, that doesn’t necessarily come through in a linear manner; such is the nature and scope of this recall and its application.”

Although I appreciate these are massive recalls, I am dismayed Mazda took so long merely to confirm whether our car was affected.

However slight the risk may have been that our airbag could have blown up in our faces, shouldn’t we have had the right to make an informed choice as to whether to take up `that risk or, instead, put the car up on blocks?

In light of the more recent rounds of recalls, my advice is that everyone should check rightcar.govt.nz/takataalpha and keep checking as the list is subject to change. If a vehicle is included, best assume it is affected; contact the manufacturer but be prepared to receive the same ‘creative’ definition of ‘asap’ as I did.

It must be said that (proportionately) only a small number of deaths have resulted worldwide from these faulty safety features but that’s cold comfort to the families of those most unlucky few.