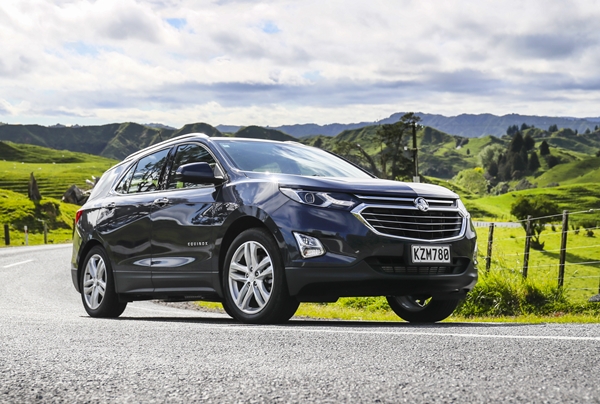 The last Holden manufactured in Australia rolled of the production line in Melbourne in October but the Holden name is set to remain very much in motoring focus as a new era of models drives forward.

Holden NZ first revealed its new Equinox mid-size SUV at a druid-themed event last September, which kinda made sense. Druids and other pagans gather at Stonehenge to celebrate the spring equinox, when day and night are equal length and life begins anew.

Belittling almost four decades of Commodore as ‘the Stone Age’ probably offended a chunk of Holden’s customer base, but the company isn’t fazed. Equinox is part of a 24-vehicle launch programme that started in 2016, runs through until 2020, and is planned to attract a far wider demographic than your typical large-car buyer.

Aquilina describes the programme as ‘Holden’s rejuvenation’, and like the spring equinox, life has indeed begun anew for the lion-badged brand. Equinox plays a critical role in Holden’s future. Mid-size SUVs are the biggest selling vehicles in New Zealand, and Holden’s been out of the segment since Captiva kicked the bucket two years ago. Equinox is set not to just plug that gap; Holden reckons it has the specification, price and performance to really take it to its competition. 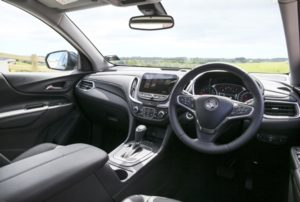 vrolet Equinox is General Motors’ best-selling SUV in the US and second overall behind Silverado pick-up, and is sold in 116 markets around the world. The Mexico-built Equinox we see here isn’t simply a rebadged Chevrolet. Suspension hardware and tune has been specifically developed for Australasian conditions. But has this Holden version got what it takes to earn a slice of the SUV-flavoured pie?

Based on a 300km drive route that started in New Plymouth’s city centre, went through some remote King Country back roads, and included a stop for lunch in the republic of Whangamomona, you’d have to say, yes. Holden might be busy dragging itself out of the dark ages, but it felt like we’d stepped right back in time as we drove through Ohura which is all but a ghost town and along the Forgotten World Highway to Whangamomona.

With its narrow rough gravel roads, dense bush and lack of civilisation, the route felt like a scene from Jurassic Park. The mixed weather and variety of road surfaces didn’t challenge Equinox.  The three base models are all front-wheel drive, while all-wheel drive is standard on the two LTZ and the two higher specification LTZ-V models.

As you’d expect, the two-wheel drive version was a little jittery in loose gravel, whereas the all-wheel drive LTZ-V was surefooted and predictable. On better roads both vehicles acquitted themselves well. Although the turbocharged 127kW, 275Nm 1.5-litre was a willing performer, the 2.0-litre turbo with a class-leading 186kW of power and 350Nm of torque is impressively smooth and responsive.

The 1.6-litre diesel and 1.5-litre petrol have a six-speed auto, whereas the 2.0 has a slick nine-speed auto, a first for Holden.

Equinox has the potential to breathe new life into the crowded mid-size SUV market with its keen pricing, high spec and excellent performance, ride and handling. But it’s a new badge that’s going up against well-established competition, so only time will tell.