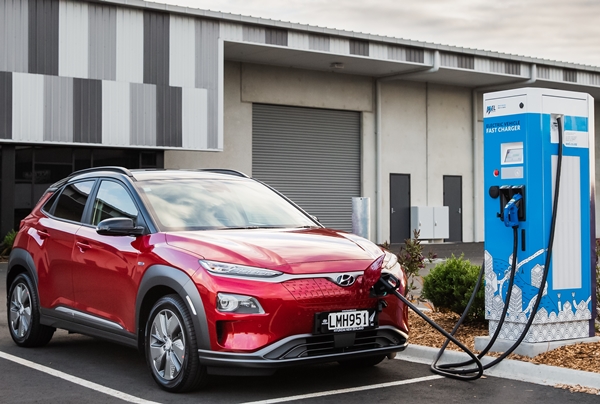 In July 1965, fans of folk superstar, Bob Dylan, roundly booed the singer for ‘going electric’. More than 60 years on, the ‘times they are a-changing’.

Although he concedes the cost of electric vehicles may be prohibitive to some, Andy Sinclair from Hyundai NZ says this public perception is shifting. His comments follow the release of the MW OpinionNation Survey which reveals almost a quarter of Kiwis believe ‘Electric vehicles are the future’.

“The price of electric vehicles is largely determined by the fact that battery technology is expensive. It’s common for people to be put off by the fact that you pay more for an electric battery vehicle than a vehicle with an internal combustion engine,” he says.

“But it costs so little from a recharging perspective that the savings add up very quickly. That is currently an education issue for the industry, because the return on investment is very much there. Maintenance is a lot less combined with no fuel costs.”

Improvements in battery longevity and demand for new charging stations will increasingly drive Kiwis to ‘switch on’ to electric vehicles, Mr Sinclair adds.

“As battery technology develops we’ll start to see driving range rapidly increase. Eventually the benefits will outweigh the barriers to entry,” he says. “New Zealand’s EV charging network continues to undergo rapid expansion. There is no doubt that the number of stations will grow as more and more adopt EVs.”