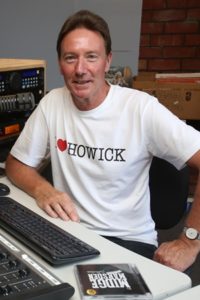 Last year, former Business to Business team member (and community radio identity) Phil Taylor, made the brave move to quit his full time job as a newspaper editor and campaign for a vacant spot on the Auckland Council. Although he fell short of gaining a place on the Howick Local Board, he says the experience was a new learning curve which provided many valuable lessons.

Having missed out on council what would you do differently next time?

Has the formation of the Super City actually made Auckland less democratic and more bureaucratic?

Yes. In many ways, Auckland Council is detached from its people. In the past, councils were located closer to their citizens and ratepayers, and council employees were local residents who understood local needs. Auckland Council is now a big bureaucracy business, the second biggest government in New Zealand. I ask, is it allowing developers to dictate how Auckland will be in the future?

Councillors should be listening to and acting on what its communities want. That’s the job. Who’s running the show? The people (elected members) or the staff?

Do you think Kiwis (in general) know enough about local body candidates to make sound judgment calls at election time?

I’ve always said, in democracies the onus is on the voter to source information about candidates in order to make their decision. Tens of thousands of my brochures were distributed, and I made myself available in public places daily in order to be as accessible and contactable as possible.

How can we better educate voters?

It’s up to the public to take an interest. There’s sufficient publicity and information about elections on many platforms. The day will come when city services will be dire, and households and businesses will really start feeling the pain of ever-increasing rate rises. That’s when bigger numbers of people will vote. It’s just a pity it takes a worsening of situations for people to respond.

In your view, should people who know little about candidates refrain from voting rather than just picking someone randomly?

You have to respect the vote. When people cast a ballot, I have to assume they’ve taken time and effort to consider their decision.

What made you stand in the first place?

I’ve reported and edited thousands of news stories about Howick and council issues and had a good understanding of how council worked. Being involved in community matters and organisations I knew the history behind many local issues and understood local opinion. I also felt Howickians needed a fresh choice of candidate.

What did you think to be most important when campaigning?

Howick deserves better – more respect, quicker response and appropriate investment. Council needs to start measuring whether the average household can continue to pay rate rises each year. It’s an expensive city to live in. It has many titles and slogans; “Auckland – City of Taxes” should be added to them.

Did you know what the campaigning process involved?

I had an understanding after observing candidates over many years, but until you do it, you haven’t any real idea. It was a short, sharp campaign and I’m very grateful to the people who rallied to assist me. But ultimately we’re responsible for our actions so I worked day and night for 10 weeks making connections with voters.

Did you have a sponsor? What cost was involved in running your campaign?

No sponsor, though there were two $1000 donations from people who supported me. Campaign returns are public, so with that in mind, $15,000 was spent – $13,000 of my own money – to pay for publicity material and advertising. There is integrity in funding a sincere, independent campaign oneself – not being in the pocket of anyone means no favours are owed.

What were some of your campaign highlights and low-lights?

Every day was a highlight. The long days were exhausting but it was energising meeting so many people who accepted my campaign brochure and took time to discuss issues. I only met one guy who was rude. He said we (politicians) “are all a pack of wankers and I should run over your feet with my bicycle wheels” as he abruptly rode past. Fair enough, he’d obviously had a poor past experience. I was just getting used to the idea of being a politician, instead of reporting, so losing, was a low-light, but one mustn’t dwell. Analyse, yes, but move on; learn lessons.

Will you stand again?

I haven’t decided, but I’m very grateful to the 5606 people who voted for me, in my first campaign so I must consider their vote of confidence. I sincerely believe I have plenty of positive, energetic, knowledgeable and honest service and experience to offer so…maybe!

If you could be Auckland Mayor for one day, what would you do first?

Tackle the biggest job – addressing finances and getting the revenue and spending under control. Rates are out of control. Expensive projects need closer scrutiny. There’s too much paperwork, regulation and talk-fests. Auckland needs to rebuild, regenerate, and cope with its ever-growing population and deliver better (and wanted) services and assets. To achieve any of this in a day? Impossible, but I’d make a start.

If you could invite any three people (living or dead) to dinner?