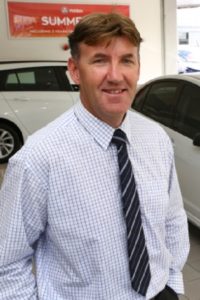 The Ebbett name has been associated with New Zealand vehicle sales since 1928 when the company was founded in Hamilton by Alf Ebbett. It has been affiliated to Holden since the brand launched here in 1952 and more recently to Nissan. Ebbett Waikato Ltd took over Counties Motorcourt in 2006 and the present dealer principal, Ross Sheppard, transferred from Hamilton to Pukekohe. Ebbett Hamilton is still the main office supporting 12 nationwide dealerships and the Pukekohe branch has gained increasing traction over the years.

With production of the Holden Commodore now ceased in Australia, some people assumed this was the end of the Holden name. Do new car buyers realise Holden NZ is launching 24 new models before 2020?

There was a lot of talk surrounding the closing of the factory in Australia but rest assured Holden, as you say, is launching a massive variety of product in the coming years. We have the launch of the new Commodore mid February, which is an amazing motor vehicle using technology that leaves the existing Commodore behind.

Are these new models sourced from a variety of countries and what models are currently making an impact?

The new Commodore product is European-based but our biggest seller so far has been the Holden Colorado which is produced in Thailand.

The new Commodore, just launched to New Zealand’s motoring media, no longer comes as a V8 and there’s no more rear-wheel drive. How do you think your traditional Commodore buyers will react to the changes?

Though initially a bit of a shock, from what I hear the top of the range is V6 AWD option goes incredibly well. The large car segment in New Zealand is declining across all brands with people now moving into the SUV and ute market for their lifestyle vehicle… the time had come to adapt to this demand.

With the demise of high-performance V8s, what will petrol heads do now for their high octane Holden fix?

Watch this space! There is something really cool in the pipeline which we will see later next year; possibly later this year.

New Equinox SUV has just been released, filling the gap left by the old Captiva. Considering how big the SUV market is, and how long Holden has been without a strong contender in this market, do you expect big things from this two and four-wheel drive?

The New Equinox should be a great contender in this segment and the Captiva 7 is still been produced. Only the Captiva 5 has been dropped at this stage.

Do you think Ebbett is well placed in Pukekohe?

Yes, I absolutely do. It’s no secret we are rapidly outgrowing our present premises – our after sales department can’t keep up with the demand. Currently we put some 35-40 vehicles a day through the service department which puts a lot of strain on our operation. With the massive influx of people from out of town now moving into Pukekohe and surrounds, sales and service has been driven to the point that we will need to consider the future but in saying that, we do have the best site in Pukekohe so it would take a lot for us to move.

While the Ebbett name has strong associations with Holden you are also a well-known Nissan dealership, however, is the dealership expecting to take on more brands at the new (or existing) dealership? If so what vehicles makes and models are we likely to see within the next 12 months?

In addition to Holden, we presently have a great range of Nissan vehicles including the just launched new Qashqai and the upgraded Navara range. As to what the future might hold, it’s too soon to tell.

Is there any one make or model (including from the Holden stable) that the Pukekohe team is especially excited about?

Obviously the new Commodore is on the forefront of everyone’s minds at this stage; it’s a pretty exciting transition and one I’m sure Holden enthusiasts will want to check out.

Earlier this year, Holden NZ launched its Street Smart young driver training programme, with courses being held at nearby Hampton Downs. What are your thoughts on this?

I think it’s an amazing concept and really hope it works. The road toll in this country is a disgrace yet with the technological and safety advancements in motor vehicles over the past decade this should not be the case.

So, hopefully with the up-skilling of drivers and giving them the opportunity to understand features of modern technology, we can reduce those numbers and produce not only more skilled but more thoughtful motorists.