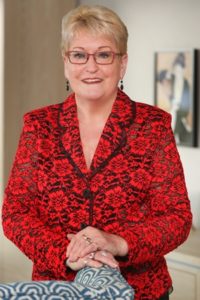 Tending to the heath needs of more than half a million New Zealanders (and growing), South Auckland’s Counties Manukau Health (CMH) is one of the country’s largest state-run organisations. A board member for almost six years, Dianne Glenn (ONZM JP) shares insights into the health of those tasked with ensuring that a large part of the Super City keeps pumping.

Last year, reports of CMH’s rotting buildings and of a less-than-positive financial situation painted a grim picture. Just how healthy is this health board and its bottom line?

In some ways, accusations (some true, some not) were distractions for CMH, which was struggling to keep our population well, and help the very sick get well. In my first term, we were instructed that our annual budget had to show a $3million credit. This meant a hard prune of programmes, facility replacement and maintenance, whilst trying not to affect services. CMH has the largest Quintile 5 population in NZ with the highest deprivation.

Our population is the most obese in NZ and we have high rates of illness, even after adjusting for age and ethnicity, with some selected, long term conditions being higher than the national rates – diabetes, dialysis for renal failure, heart failure and bronchiectasis, for example. That makes it difficult to prioritise maintenance ahead of health care – it’s a real balancing act when considering budget requirements.

Was the board aware of maintenance issues, such as those highlighted at Middlemore Hospital?

To some degree [it was] and it did keep the Government informed of the need to maintain and rebuild facilities, but we were often told that other hospitals had similar problems and Christchurch had to be rebuilt first – absorbing all available investment funds. Then, Dunedin Hospital, being built on an earthquake fault plate, was given priority.

Of course, when we were informed that the Galbraith Building was not earthquake proof and needed major refurbishment or a rebuild and that the Scott Building was ‘leaky’, an extensive engineering report was undertaken to investigate all buildings on the Middlemore site and the Manukau Health Park site (Super Clinic and Surgical Centre) for weather tightness. Yes, we were reeling at the results but also felt that we had tried to advise the need for maintenance.

Does the DHB now have the funds to undertake required rebuilding?

Over the past two Government budgets funding has been made available to refurbish, maintain and rebuild facilities with more funding allocated to [more] necessary programmes. Other announcements have been made to assist DHBs in dire need and to alleviate funding shortfalls. CMH is also implementing a ‘turnaround plan’, to address its deficit, cut costs, see where others can pick up programmes, and improve how we do things. Progress is finally being made, if slowly.

Considering South Auckland is experiencing strong population growth, is a new public hospital on the cards?

Within the [Auckland Council] Regional Plan, a new 300-bed southern hospital with theatres and accompanying services is on the drawing board. The location is undecided but the criteria includes easy rail and motorway. Drury, with huge residential growth, is a possibility [and] to my mind, it seems a sensible choice. Earlier plans for a mini super clinic in Pukekohe have been shelved in view of a full hospital.

Is there any particular project you would like to see initiated?

Yes, the electronic ‘numbering’ of every bed in the wards so that, as a bed becomes available, an ‘availability’ message is automatically sent to the emergency department. The Board intends undertaking this through the three Auckland DHBs by 2020. A programme to improve patient flow for the next term has already started. With the Emergency Department (ED) at Middlemore full to capacity most days, it is increasingly important for it to know as soon as a bed is available in the right ward so patients can be efficiently progressed from ED to discharge.

In light of fresh funding and progressive planning, where to now?

Everything takes time but this past term has seen all three Metro Auckland boards plus Northland DHB work together on a Regional Long Term Investment Plan. This aims to alleviate that feeling of desperation when trying to keep the financial situation improving and away from deficits whilst also planning for a massive population growth. We are responsible for many basic services so, now, with each board specialising in some services to cover the Northern Region, we can plan for maintenance and additions and decide where to provide extra hospital beds. We are supporting each other in funding applications for building rather than competing for funds.

In light of concerns there aren’t enough GPs to serve a growing population, can Counties Manukau Health do anything to ensure more GPs for the district?

It is not something we, as a DHB, can do. They are private practices and one of the big issues is that there are many GPs due to retire in the next few years and not enough doctors training to replace them.

If you could be Minister of Health for a day what would you do first and why?

I would adopt equitable funding. Currently, DHBs are funded per capita based on the Census. We believed we were underfunded in 2013 when we realised there were about 55,000 more people registered with medical practices than shown in Census figures. The 2018 Census figures have still not been released and we know how disastrous that collection was.

If you could have any three people, involved in the heath sector (living or dead) to dinner who would they be and why?

We need people who are alive to fix our health issues so I would invite Dr Lance O’Sullivan to advise us on programmes that persuade Maori to make better lifestyle choices; our recently-appointed Samoan CEO, Margie Apa, to advise on programmes for Pacifica population and the Minister of Health, the Rev Dr David Clark, to listen to our plans and pleas for equity funding to pay for these. I guess our dinner conversation would be quite intense!