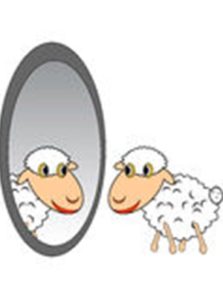 Little Bo Peep could only hope that her sheep would, sooner or later, come home, but farmers of the future may be able to take a more proactive approach while ensuring their flocks won’t go on the lamb.

“As more farmers move towards management technologies such as digital scales and automatic drafting gates, a reliable, low-cost method of identification is essential and we believe we have found a solution.”

After collecting images, the software gradually learns to identify sheep by recognisable features. In future, it could be used for a wide range of applications including to help prevent rustling as well as monitoring animal behaviour, estimating weight and in the prevention and treatment of diseases.

While the company’s prototype focuses on sheep, it could be used to identify virtually any other type of animal. However, there is still work to be done, the company’s co-founder, Benoit Auvray, adds.

“Sheep identification from images is a complex issue that has not yet been fully researched and is unlikely to be addressed overseas in the near future, but it has major commercial implications for New Zealand’s agricultural industry.”