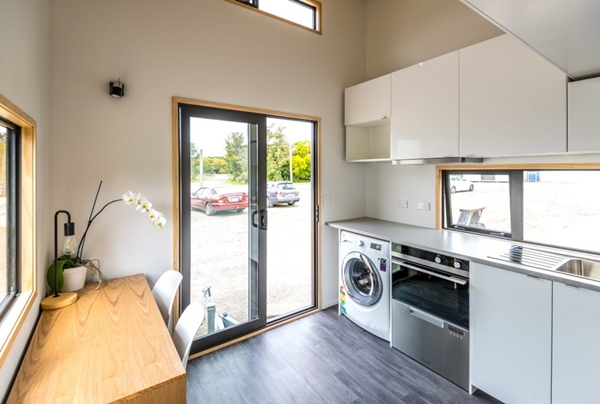 Often enough, the biggest ideas in business grow from the smallest of seeds. And yet, for the Bartlett family, a big dream actually involved something on a much more diminutive scale.

After moving down the line to the Bay of Plenty, Peter Bartlett may have been looking to manoeuvre towards retirement but, instead, this former builder’s would-be hobby provided the foundations for a family business.

“I thought this [building tiny houses] would be a bit of a hobby business for Dad,” Peter’s daughter and Tiny House Builders’ company director, Rebecca Bartlett, laughs, “But he’s now probably working harder than ever before!” 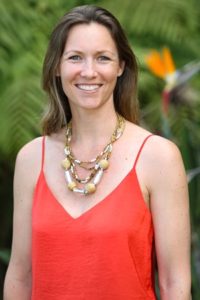 Initially, Rebecca and her partner (Maihi McLean) were intending to build a unit to provide rental income at their south east Auckland property, however building costs proved prohibitive.

“Then, about a year ago, I saw a tiny house online. We started building one and a few months later it was done. We took it to the home show in Tauranga and had thousands of positive comments; people just loved it!”

With the assistance of their team – which includes Maihi, Rebecca’s mother (Brenda), and sisters, Naomi and Angela – Rebecca and Peter have since seen orders roll in thick and fast.

Tiny House Builders’ prototype (Pohutukawa design) now serves as the company’s show home, located near Peter’s place in the Bay of Plenty. While it may be just 32 square metres in size, the Pohutukawa packs a lot within its bounds including two bedrooms (on mezzanine levels) a full kitchen, bathroom and living/dining area.

Thought to have been born of the global financial crisis, the tiny house movement is gaining momentum worldwide. Here in New Zealand, tiny homes have been embraced by people from all walks of life.

“How people are looking to use them has been very interesting. Some want them as baches; some for permanent living. Retirees see potential for living on their children’s sections in a tiny house, and others see them as a first step onto the property ladder,” Rebecca says.

“Yes, our tiny houses may be small but, then again, they’re probably bigger than some apartments in Auckland City!”

They could even prove a perfect pick for orchards or other businesses employing seasonal labour, she adds – “easy accommodation!” 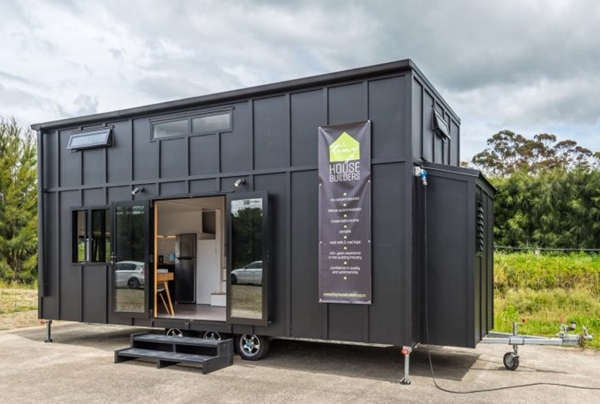 Thanks to one clever feature in particular, Kiwis are also being driven towards the economical, more eco-friendly ‘tiny life’ these homes offer.

“They’re actually classed as vehicles [by councils] because they’re on trailers and their maximum size is defined by New Zealand’s towing rules,” Rebecca explains. “Once taken off, there are added building consent issues which need to be addressed.”

While such compact living may not suit pack rats, size can make a difference in more ways than just one.

“They make clever use of storage space; when you really think about it, how many things do you really need anyway? As our houses are designed for indoor-outdoor flow, once you add a deck, maybe a garage or garden shed, you can greatly increase the living space.”

If we can find suitable neutral corners when the wheels fall off on domestic bliss, home could still prove sweet, especially when bills roll in.

“Their [environmental] footprint is smaller. Also, tiny houses require less power – they’re so easy to light and heat and so well insulated that the power bills are the smallest you could ever imagine.” Rebecca confirms.

“However, yes, I think people do need to consider [the lack of space] if they’re in a bit of a ‘flighty’ relationship!”

Fortunately, we Kiwis are a get-along kind of people…aren’t we?